A Framework for a Relationship

A Framework for a Relationship 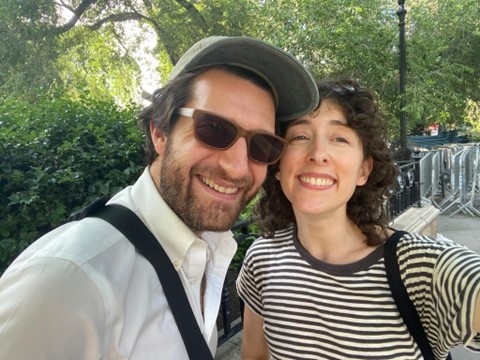 It is never a simple thing, figuring out how to co-write. We are both professional writers, and our methods and neuroses are peculiar and entrenched, not easily co-opted or amalgamated. The assigned subject was ‘vulnerability and trust,’ about which we had lots to say but as soon as we put any of it down on paper it felt unvital and stiff, like a post-mortem, and not at all how we experienced vulnerability and trust. So we talked it over, and agreed to talk it over more, and at some point we had the joint epiphany – the best kind of epiphany, by the way: a small idea gets passed back and forth and accumulates with each hand off until it’s a plan – that the most honest and most interesting way to demonstrate our trust and vulnerability is exactly what we were doing: talking. Our conversations, we felt, much more than, say, a few co-authored paragraphs, demonstrate the trust and vulnerability intrinsic to our mentorship, which, as you’ll see, has been unusual and fluid, has more resembled a kind of cultivated and structured friendship than anything else. The trust/vulnerability is a dynamic, it undergirds our interactions, even on a small scale, even when we’re just talking about how to talk about trust and vulnerability.

JF: We should probably begin by explaining that over the last couple years, we’ve been participating in the Wexner Alumni Mentorship program, but in an unusual way: We entered the program in 2021 with me in the mentor role and you as the mentee. Now, this year, we’ve swapped.

MK: Right! First you were my mentor, and it was wonderful, and enriching, and everything I could have hoped.

JF: I feel the same about working with you, of course. And I get why Or invited a mentor-mentee pair to think together about trust and vulnerability. Cultivating these things has been at the heart of our relationship, I think.

MK: That’s true, though it happened so naturally I didn’t even notice.

JF:  I’m curious: You were the one who first reached out to the foundation about this program. What made you apply to be a mentee?

MK: I was intrigued, and feeling generous towards myself, if that makes sense. To be honest, I didn’t have much faith they’d find a quote-unquote professional mentor – the program seemed designed for the more-standard Wexner professions. But I thought I might be introduced to a new person who’d have what to share, teach, etc. Writing has its own particular anxieties and I thought it might be nice to have the opportunity (or obligation?) to air those out; there are wise people in the Wexner community, I wanted to tap into that. And then they paired me with you, and it was, Whoa a writer! Now let me ask you: why did you apply to be a mentor?

MK: It was foisted upon you.

JF: Sort of, yeah. I’d heard great things about this program but, like you, assumed it wasn’t really for alumni who are not Jewish professionals in a traditional sense, working at Jewish institutions, etc. When Or called me–

MK: Or Mars is a world-class foister.

JF: He is! But I think he would prefer the term “passionate shadchan.” When he asked if I would be your mentor, at first I said no, sorry, I don’t feel comfortable taking on that role. Menachem, you and I had met once, briefly, do you remember? It was 2018, and I had reached out to you to talk writing when I was thinking about what was next for me creatively and professionally.

MK: Absolutely! In the bookstore.

JF:  Yeah. You were so smart, and thoughtful, and generous, and helpful. You were finishing up an MFA. You had training, and a community of writers and a body of work you’d written in grad school. You were a real writer, a category that, even though I’d published a book, I had trouble placing myself in, likely because I was between projects at the time and wasn’t writing every day. Now that I think about it, my discomfort when Or asked me to be your mentor had lots to do with feelings of vulnerability, in the sense that I thought I’d have to know things I was pretty sure I didn’t know, but probably should know and… then what? I told Or, if anything Menachem should be my mentor. But the passionate shadchan

MK: But as it turned out, there was so much for you to mentor me on. (About? Over? You should be my grammar mentor.)

JF: Through? I think we’ve definitely mentored each other “through…”

MK: My book was about to come out, yours had come out a few years earlier; it’s an intense time, and you not only guided me but also, you know, let me sit in those anxieties, helped me articulate them as anxieties.

JF: Well, right. We were treading similar paths, similar anxieties – that’s definitely the word! We had both written memoirs as our first books, memoirs that we felt ambivalent about–

MK: To be honest I wouldn’t trust a writer who *didn’t* feel ambivalent about their memoir. Either it’s not a very honest memoir or you’re a sociopath.

MK: Writing – nonfiction, but really any genre, I think – is so tied up with shame. Writing is in some ways just shame-management. Do you deflect, do you process, do you subvert, do you psychoanalyze, do you embrace, etc. In that sense your mentorship was invaluable – we had much to share about writing & shame. (Maybe the next Wexner institute theme should be “Shame”?)

JF: I will co-chair that institute with you. But now I’m wondering about the relationship between shame and vulnerability. Is vulnerability maybe the value-neutral underbelly of shame? Could making oneself vulnerable be part of the “shame-management” you describe? Maybe vulnerability fits under your category of “embrace,” which is lovely, thinking about vulnerability as both an opening up and an encircling of something. Writing is certainly an exercise in vulnerability, and I’m not talking about the exposure of yourself to the world when your words come out in print. That’s nothing compared to the exposure of yourself to yourself that’s part of the writing process. In any case, those conversations were important for me, too, and that was interesting, learning that having mutually vulnerable conversations, being good, honest company to one another, could be a form of mentorship.

MK: We are, in a lot of ways, peers – and what made it so special was that it was like a gently introduced and structured friendship that then became a very real friendship.

JF: Yes, that’s how I experienced it, too. I remember that at the end of our first round in the program, before we swapped roles, we were encouraged to reflect on our year together. You called the program a “framework for a relationship.” I really liked that. Feels exactly right.

MK: And when the opportunity came up to participate in the mentorship in the following year, but with the roles swapped, it seemed totally intuitive…?

JF: Yes. If you recall, I mentioned the potential swap as a joke during one of my mentor check-ins with Michelle Lynn-Sachs, who co-leads the program with Or. But then Michelle was like, actually… that could be amazing!

MK: I love the idea of exploring vulnerability in the framework of our mentorship because it’s a two-way vector. The roles are so dynamic – like while it’s true that first you were the mentor and then I was the mentor, we’ve also kind of danced in and out of both roles throughout.

MK: So there was no hierarchy, no hiding behind your authority – you couldn’t just comfortably receive and nod and dole out advice. Or, even more interestingly, there was hierarchy, but it was malleable, kind of organic, shifted sometimes even within a single meeting. Like we passed it back and forth. Which maybe just sounds like ‘friendship’ but I think it’s more than that, because these were imposed roles, there were responsibilities.

MK: Which I think is everything. 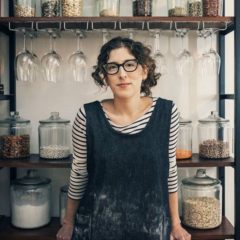 Jessica Fechtor (WGF/DS 18) is the author of the bestselling memoir, Stir, and the play, Book of Hours. 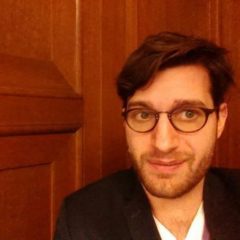 Menachem Kaiser (WGF/DS 28) is the author of the memoir Plunder, a New York Times’ Critics Best Book of 2021, and the winner of the Sami Rohr Prize for Jewish Literature.