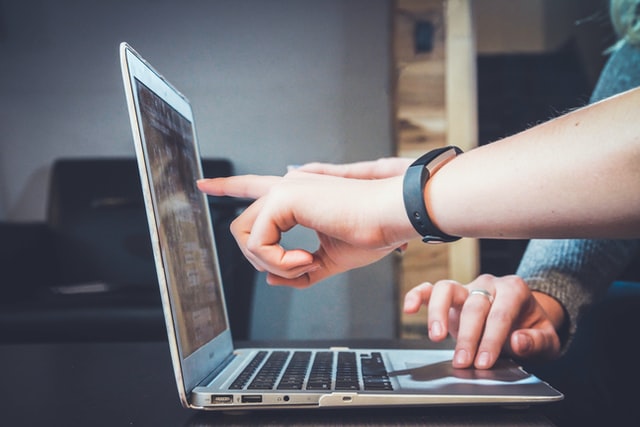 How does one supervise, manage, and select interns in light of the various constraints of time, resources, and Covid? About 25 years ago at my shul, I heard Rabbi Larry Kushner give one of the best pieces of parenting advice concerning adolescents that I’ve ever heard. He said that parents should think of themselves as the United States and of their teenagers as developing countries. You just aren’t going to see things the same way because you are such different countries. The question is: Do you want to have an embassy in the teenager’s country? Do you want to maximize the chances of keeping the lines of communication open, even though you might disagree about a lot of things?

Since the time I heard Rabbi Kushner’s advice, I’ve had about 20 college interns and I currently act as a mentor to a couple of college students and one medical student. In many ways, I think I’m not great at being a supervisor of interns because I have only a limited amount of time for them and because I place the burden of moving forward with any project on their shoulders. If they are not interested, I’m not interested. Time is far too precious. But Kushner’s kernel of wisdom in keeping an embassy in their countries keeps me attentive to them. If they do want the attention, I’m usually open to helping them copiously with whatever tools I have. This typically means making someone in my network available to them or sharing an experience that might prevent a lot of difficulty or save a lot of time. With the locus of responsibility on them, they have the decision-making power in our relationship. This solves the time optimization problem for both of us nicely.

Of course, for this type of internship to work, one has to have applicants that are independent and largely self-directed. But how does one know? Of course, it’s impossible to know for sure, and I’ve made plenty of mistakes over the years, but the writer Michael Lewis offers some good insight in how to know a candidate. After he graduated college, he went to interview for a very highly sought-after position helping take wealthy teenage girls around Europe. The head of the program started the interview by asking him if he would help move some office furniture. Lewis did so for the next hour with him. At the end of the hour, the guy told him that he’d be in touch about the interview. Sometime after, he called Lewis and told him that he had the job. There was no formal interview or other contact. In Belgium, Lewis mentioned his unusual job interview with two other successful applicants. They told him they had the identical experience moving furniture and that was it. Lewis came to admire the method and drew the lesson that doing something together is far more revealing than talking with someone. He credits this experience for helping get a reclusive Billy Beane to open up and provide material for “Moneyball.” I’ve discovered that it is helpful as well.

If one can find self-motivated interns, what is the best way of supervising them? For me, the amount of supervision comes down to a formula I’ve developed over the years: What is my unique value added per unit of (my) effort? If an intern shows extraordinary dedication and enthusiasm, it’s contagious; I’ll try to match or exceed the intern’s (or mentee’s) efforts and won’t worry if the results don’t work out. That dedication causes me to feel as if it’s not much work at all, on my part, even if it means many hours spent helping. If the intern makes a moderate effort, but it’s easy for me to contact someone who can be helpful, I’ll try to make that connection. But sometimes, interns, for any number of reasons, realize that what they thought they were getting in an internship isn’t what they want. (This hasn’t happened with the mentees yet.) My embassy is likely to still be open, but it won’t be used and that’s just the way it should be.

I’ve discovered that teaching by talking, particularly by lecture, is a horrible way of educating interns. It’s so passive! Far better is building on the interests that the intern already has and giving the intern space to grow as self-motivated enthusiasm dictates. Parent educator Larry Cohen tells of a study where one set of kids was given musical instruments to play with as they wished with a music instructor coming in later to help them learn how to play the instruments. Another set of kids had an instructor immediately instruct them about how to play the instruments correctly. As you might predict, the first set of kids had greater longer-term success.

This bottom-up approach toward relationships in which there is a sharing of skills and resources has parallels on a macro level in the Jewish world and beyond. I remember Rabbi Mike Uram telling me years ago of the success of Penn Hillel, where they [it] focused not so much on providing programming, as reaching out beyond the walls of the building to listen to what Jewish students wanted and then, if possible, helping to provide resources. Hillels (and[as well as] some synagogues and temples,) now do this routinely. In this asset-based community development [model], one might consider [the] assets to be the student’s enthusiasm and time commitment. This type of grassroots focus in the arena of international development was (and is) the foundational basis for the approach of the American Jewish World Service (AJWS) to community-based organizations (CBOs) in the developing world. It’s the CBO that has organized itself to determine what it needs and AJWS provides assistance to the qualifying CBOs with great respect for that determination.

It might be a stretch, but I’d suggest that this approach has occurred in Judaism itself. Prior to modern times, the focus of Judaism was top down. There were divinely given laws and commandments. The role of a Jew was to observe them. Today, that focus has shifted dramatically in much of the Jewish world, to the question of what are the individual’s needs and how can Judaism respond to them. A Jewish way of connecting with interns would need to reflect this change.

Because of Covid, I was forced to use Zoom for my meetings with interns and mentees, but the technology allowed me to have more than my usual one or two interns. The lack of in-person contact makes the sharing of enthusiasm much more difficult and there is less direct accountability, so the task for the intern is even greater, but it does give more students a chance to benefit. Having multiple interns, it may seem convenient to place so much responsibility on the intern because it can save so much time – and it is, indeed, convenient – but it does give me the chance to share the experience with a lot more people. Perhaps having embassies in a lot of countries is better than in just one. 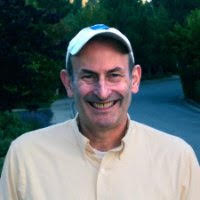 Photo by John Schnobrich on Unsplash

WHP Alum Don Abramson (San Francisco 2), is a past chair of American Jewish World Service. He is currently the vice president of Rhoda Goldman Plaza, a Jewish assisted living facility in San Francisco, and is on the advisory board of the Bay Area chapter of United Hatzalah.