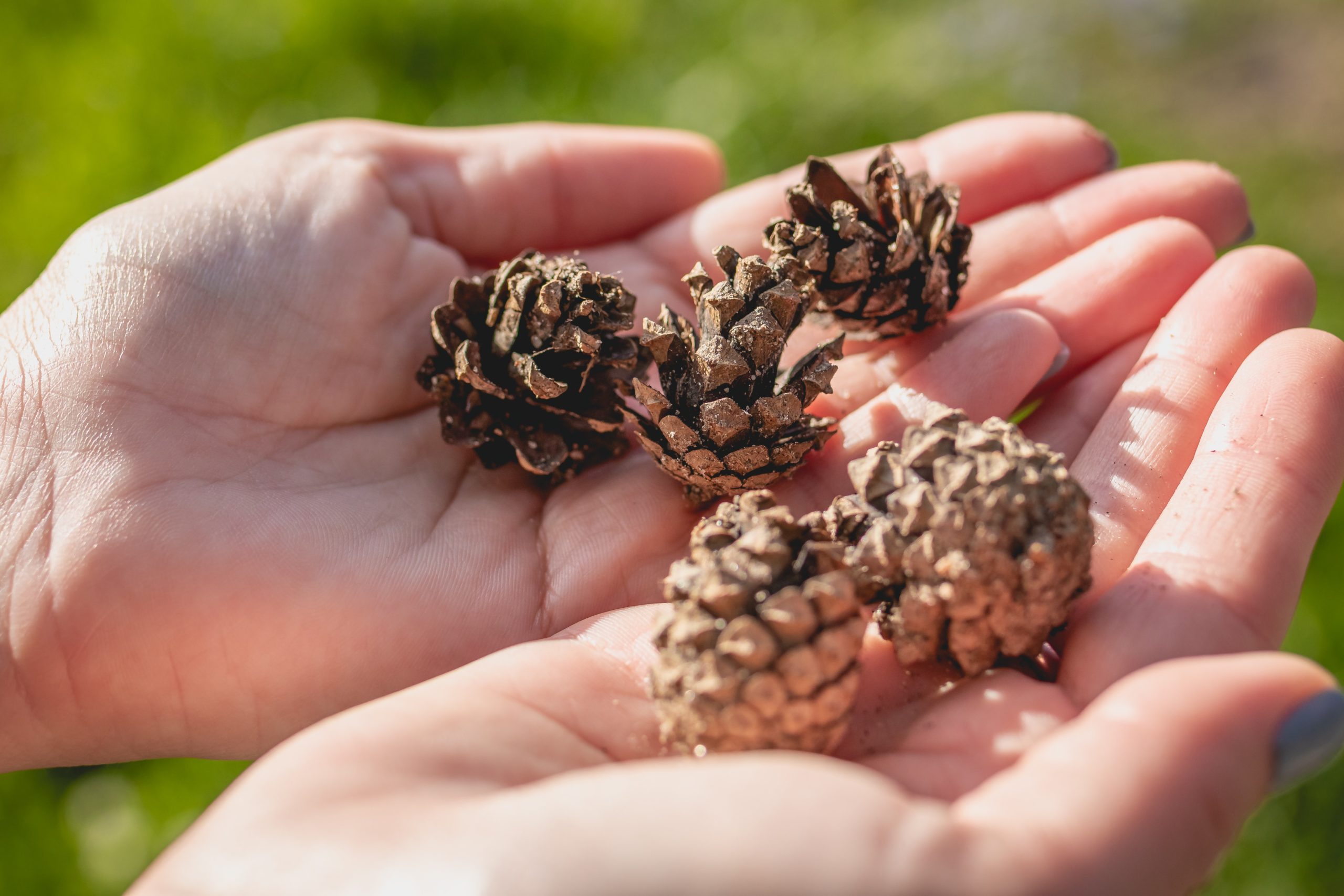 L’dor va’dor, “From Generation to Generation” – a phrase we feel in our kishkes. We pray it, teach it, put it in our mission statements. We do it through parenting our children, teaching them, and developing their Jewish selves as they grow. We don’t raise kids because it’s easy and resource-efficient, but because we take the long view, valuing our descendants’ successes like (or even above) our own. The hard work of the immigrant peddlers and garment workers who came before us paid off only generations later; we can’t directly thank our ancestors, who sacrificed so much for us – so we pay it forward. What wouldn’t we do for our progeny?

Alas, it’s not a rhetorical question.  We’re tragically failing at becoming the “good ancestors” our descendants will someday wish we had been. But it’s not too late to change course.

Recall the Thirteenth Divine Attribute, revealed at Sinai in Exodus 34:7. It’s familiar, though in our siddur and machzor, it’s truncated at “v’nakeh:” God wipes our iniquity clean, yay, end of story. But the verse continues: v’nakeh?! — LO yinakeh! “Wipes it clean?! — No, God won’t totally forgive; God carries over iniquity onto children and grandchildren, to the third and fourth generations.” There’s some heavy theological heartburn here, this Divine insistence that people suffer for their long-gone forebears’ shortcomings.

But what if it’s just a description of reality? Not a harsh punishment, merely a natural consequence? Climate science makes it plain. When we drill or mine once-organic matter turned into rock and burn it for a momentary burst of mechanical energy, we heave carbon dioxide into the atmosphere – where it persists aloft for a full century. Yes, the climatological (and ultimately human) havoc facing future generations is on us.  Though we know better, we still choose the passing pleasure of fossil fuel, our descendants be damned.

Depressing, yes.  But implicit within this picture are numerous grounds for hope. Per the growing field of “climate communication,” after a short jeremiad, effective presentations must convey the “Yes We Can” spirit.  Si se puede!  Ken anachnu yecholim!

First: climate tshuvah goes a long way. As consumers, we can use, buy, and burn less.  As citizens, we can consistently create change. A growing groundswell of people of all faiths and nationalities are making this the top moral issue of our time. As the Wexner Climate Summit participants will all attest, we can quickly retool our own lives – and our economy and society – commensurate with the scale of the challenge.  Jewish values demand no less.

Second:  motivation, a.k.a. ratzon, desire, will.  Organizers initially identify self-interest, then harness it for enlightened collective purposes.  Hillel understood this over two millennia ago, starting his timeless triple question with “if I am not for myself, who will be for me?” Our progeny is an extension of self, l’dor vador – motivation enough to change our ways. It’s human to start with oneself, but inhuman to stay there.  Our descendants, and others, demand our climate action.

So, third, focusing on Justice:  we must give special consideration to the global south, BIPOC communities, and poorer people everywhere.  These first and worst-hit victims of climate change’s ill effects have contributed the least carbon yet have the fewest resources to weather the worsening storms.  With our mandate to be rodfei tzedek (“pursuers of justice,” Deut. 16:20), we inspire hope solely in centering the experience of these front-line and fence-line communities, and showing up in solidarity.

Fourth, sustainability:  Mussar, the ethics-meets-spirituality wing of Jewish thought and practice, bids us to develop our anavah, humility.  Yet collectively, humanity’s hubris now heats and harms the habitat on which millions of other species depend.  All are part of the seder beresheet, the order of Creation; “all God’s critters got a place in the choir;” and “all that lives and breathes praises the One” (Ps. 150). God, apparently, finds the unsullied interconnected whole “very good” (Gen. 1:31).

Fifth:  today’s creative applications of the riches of tradition, to goad and guide us.  Topmost is Mussar, in which we strengthen ourselves, middah (attribute) by middah – consider such green-tinged middot as kavod / honor, hesed / loving-kindness, and achrayut / responsibility – toward actually doing what we already know is right.   We all possess climate knowledge and awareness that mandate more and swifter action than we currently take.  But in naming and facing that dissonance, we create bechirah-points, openings for conscious choice and constructive change.

And the hopeful list goes on.  Six:  the field of climate communications.  As Jewish educators and leaders, we say what must be said, emes, the truth – but how?   With abundant research on what touches people, we can more effectively move the climate-consciousness needle.  Their recommended messaging, by the way, boils down to: “Scientists agree. It’s real; It’s us; It’s bad. But there’s hope!”

Seven:  effective messaging involves speaking so that others can actually hear.  Thanks to climatecommunication.yale.edu, and its breakdown of the climate attitudes of “Six Americans,” we can better target those already Alarmed or Concerned, energize those who are Cautious or Disengaged, and share facts with the Doubtful or Dismissive.  In recent polls, the scales have tipped, and more than half of America is now either “Alarmed” or “Concerned” about climate change.  That’s hopeful.

Eight: there’s hope when the youth lead us. Look at the impressive organizers and educators in Hazon.org’s Jewish Youth Climate Movement; global superstars like Greta Thunberg; often our own children, and others in our schools, shuls and communities.  In taking their concerns to heart, we not only act on our deepest Jewish values, but we also recruit and retain more participants in our programs, and members in our kehillot.  L’dor va’dor, indeed.

Ninth:  a penultimate sort of hope brings us full circle, back to that third and fourth generation, still afflicted by our carbon.  It’s wan and wonky, but it’s real:  the climate crisis is not all-or-nothing.  Instead, the world worsens, or its prospects improve, by degrees.  There is such a thing as “too late” for individual societies, species, or ecosystems; each day we delay, more at-risk peoples and places are imperiled, now and well into the future.  But the sooner and the more we advocate for true and total tshuvah, the more we ma’avirin et roa ha’gzerah – reduce the severity of the climatic decree, already inked by our own actions.  We can yet make a huge difference, down the line, for All We Can Save (also a wonderful volume of women’s climate writings).

And the ultimate grounds for hope?  It’s us.  As Rabbi Jennie Rosenn of Dayenu.org teaches, “we’ve had enough” of an unjust unsustainable status quo; “we have enough” already, so we can curb our consumption; and when we congregate in common cause, “we ARE enough,” to tip the scales.  All of us, together.  Let’s support Jewish efforts like the aforementioned, plus cross-religious efforts like Interfaith Power & Light.  Let’s celebrate our own shared network, along with other mainstream Jewish institutions, now turning to meet the challenge (kudos to Angie Atkins, Rabbis Jay Moses and Elka Abrahamson, and others for bringing about the Wexner Climate Summit).

Together, we can be agents of all that is holy, sustainable, and just.  We just must apply more Torah, more time, and the “Fierce Urgency of Now” to the climate crisis, this central challenge of our epoch.  If not now – when?! 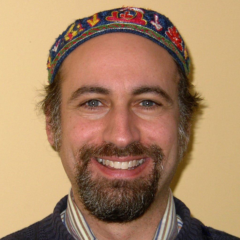 Rabbi Fred Scherlinder Dobb (WGF/DS 6) is the rabbi at Adat Shalom Reconstructionist Congregation in Bethesda, MD. Past President of the Washington Board of Rabbis, he is currently chair of COEJL (Coalition on the Environment and Jewish Life), and serves on the national board of Interfaith Power and Light.