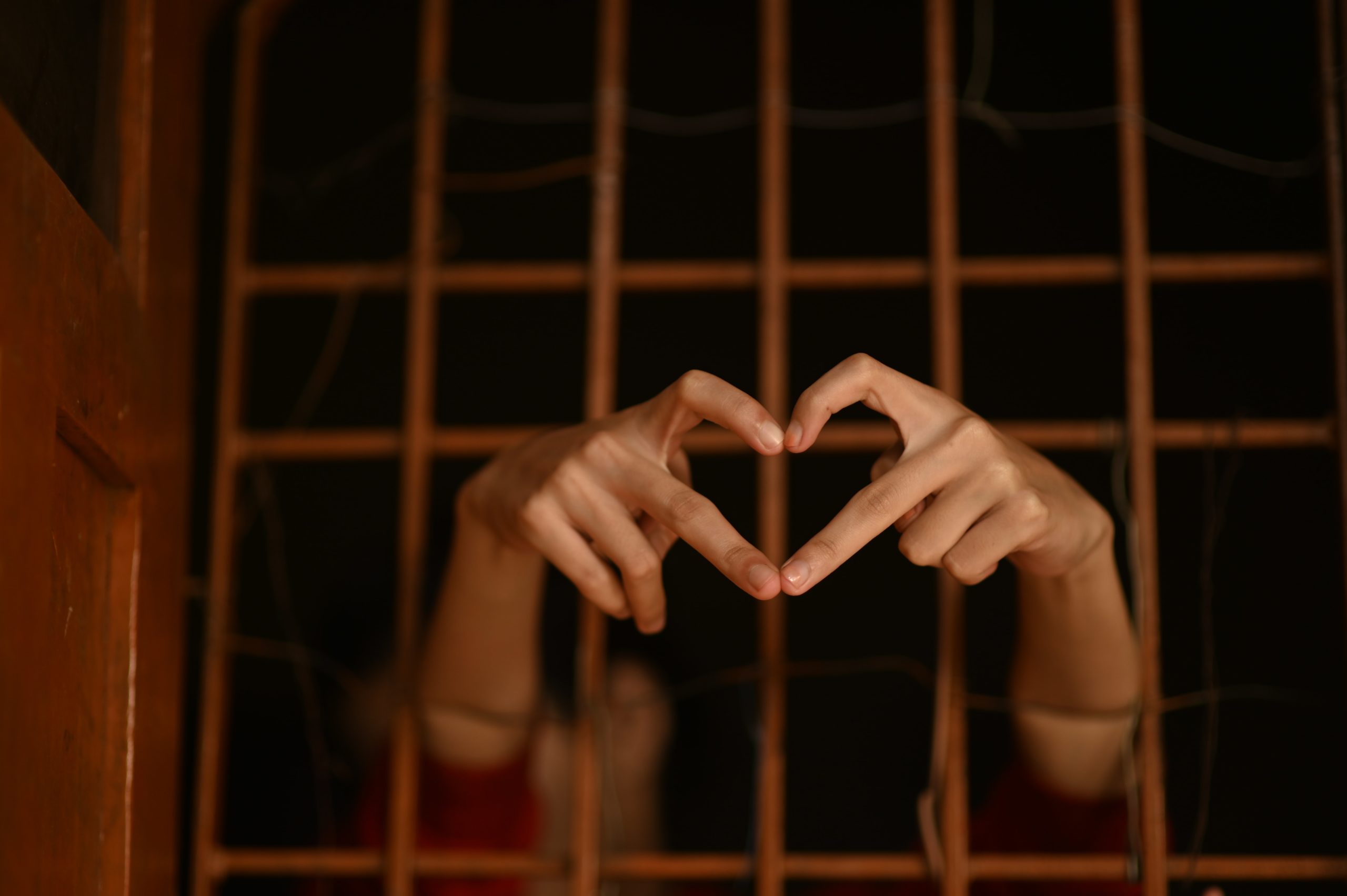 I will never forget the moment when I stopped for the first time, with great amazement and excitement, and listened to one of the most common expressions of gratitude in Hebrew.

Everyone knows it, everyone recognizes and uses it, especially when wanting to express an exceptional gratitude to someone: “Ani asir todah lach/lecha,” which translates literally as, “I’m your prisoner of thanks.”

At that moment, when I stopped to listen, I also realized that there are phrases in the language that are so popular that we no longer really hear what they consist of and what they might be implying to us. But once we listen, it’s impossible not to wonder: what is the connection between the two words, “prisoner” and “thanks?” Who is the prisoner, who is the warden? Where is the jail…?

Why did I notice it for the first time?  Probably because I then began to explore the topic of “generosity” and was tuned in more carefully. I began to delve into some intriguing and challenging questions about the subject, such as: Is giving always generous? Are the motives – mine and others’ – always sincere and pure? What tends to be easier for most of us: giving or receiving? And why?

The first thing I did was call a friend who is multilingual, to find out if the phrase exists in other languages as well. ”Not exactly in those words,” he replied, “but certainly as an idea. ‘I owe you,’ is used in many languages as a spontaneous or automatic expression of thanks. And in English, it is also common to say, ‘much obliged,’ or ‘indebted.’ “And besides,” he added with a smile, “You see, now I understand that this morning I felt just like that, a prisoner! I received a gift but wasn’t happy at all. Why? Probably because I knew I had no choice and now I’m expected to give back…”

My interest in exploring the topic of “generosity” was not accidental. For not long before that, I had completed ten intensive years of managing an NPO (Non-Profit Organization), which I also founded, called: IcExcellence Foundation – Israel Cultural Excellence Foundation.

The vast experience I gained in the field of philanthropy – which is completely identified with generosity and giving – left me with a desire to understand a phenomenon that intrigued me over the years. It is customary to say that giving is a sure recipe for happiness. Indeed, the activity in IcExcellence gave me many days of great joy and satisfaction. But, to my surprise, it was not always the case. From time to time, I also felt discomfort, disappointments, and even insults. It wasn’t easy to admit. The confession even aroused opposition among some of my friends in the world of philanthropy, as if I had come, God forbid, to “spoil the party.“

That’s why I was so moved and excited to discover the tricky combination “Prisoners of Thanks.” It was then the first clear confirmation for me that I was not alone. Clearly, the one who started with the phrase already felt and knew that generosity had “seventy faces/shivim panim.”

Along the way I discovered that additional scholars, philosophers, authors and poets also talked about it – in Jewish sources as well as in other cultures – and I was happy to incorporate their words in a book published four years later, titled: “Good Generosity: On Giving, Compassion and Gratitude.“

Over time, I became convinced: Yes, generosity is one of the most wonderful gifts of our existence, and it is very worthy and recommended to cultivate and encourage.  At the same time, it is important to face reality and acknowledge that things are complex, that the human soul is layered and has diverse needs. And yes, there is also unkind generosity… And we must recognize it. We must bravely recognize the less correct manifestations as well – so that we can distance ourselves from them. So that we can enjoy generosity at its best.

For the current article, I chose from the book three interesting points.

In the first, I touch briefly on the opposite trait. A selection of harsh statements made by thinkers around the world about those who are not grateful – about the ungrateful:

“The thankless person is always a weak person; I never saw a clever man who was thankless.” (Johann Wolfgang von Goethe)

“He that calls a man ungrateful sums up all the evil that a man can be guilty of.” (Jonathan Swift)

“He who returns evil for good, evil will not depart from his house.”  (Book of Proverbs 17:13)

“Lower than all, there will always roam amongst us evil people, murderers and tyrants, thieves and adulterers, traitors, and desecrators of the holy – and lower than all of these are ingrates. Who is ungrateful? Someone who denies the kindness that is done to him, or ignores it, or who doesn’t accept that it is his duty to acknowledge it, or who even completely forgets it.” (Seneca)

Seneca, one of the prominent Stoics, added, “Ingratitude is a sin for which there is no forgiveness. It sows division between people and destroys unity.”

Secondly, a recommendation for everyone to try:

One of the most exciting experiences for me, while writing the book, was witnessing the wish of many people to join me on the journey to decode the enigma of generosity. They often shared their varied personal experiences, honestly and courageously, and sent me articles and folktales from around the world. A group of friends even decided on a special experiment: each prepared a list of people to whom they would like to be grateful; and if possible, also to express their appreciation to them. The experiment turned out to be fascinating and is highly recommended for everyone: It is truly surprising, and most heartwarming to discover how many people have reached out to us throughout our lives, helped us or offered words of comfort in moments of crisis and difficulty. These lists included parents, grandparents, and other family members, figures from childhood or military service, teachers, neighbors, and quite a few times also unfamiliar people who crossed our path for a moment and moved on. In my own list, I was surprised to find people I had long forgotten, some of whom had already passed away. But at the top, no doubt, was my grandmother Margalit, a unique woman from the old city of Tzfat. Her house was always a warm and welcoming home for me and for many others. How moving it was to thank her, although in my heart, even today.

And finally, one of the best examples for gratitude at its best: an inspiring and touching letter, wrote by the Algerian French author Albert Camus, directed to his former teacher. “I embrace you with all my heart” he wrote, shortly after winning the Nobel Prize in Literature:

I let the commotion around me these days subside a bit before speaking to you from the bottom of my heart. I have just been given far too great an honor, one I neither sought nor solicited. But when I heard the news, my first thought, after my mother, was of you. Without you, without the affectionate hand you extended to the small poor child that I was, without your teaching and example, none of all this would have happened. I don’t make too much of this sort of honor. But at least it gives me the opportunity to tell you what you have been and still are for me, and to assure you that your efforts, your work, and the generous heart you put into it still live in one of your little schoolboys who, despite the years, has never stopped being your grateful pupil. I embrace you with all my heart.”¹ 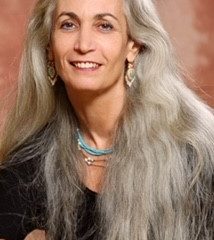 WIF Rachel Marani (Class 3) is an author and lecturer, the founder of IcExcellence Foundation, and Israel’s former Cultural Attaché in Washington D.C. She recently published an additional book about generosity, this time for children – “Wabi Sabi and the Generous Jug.”